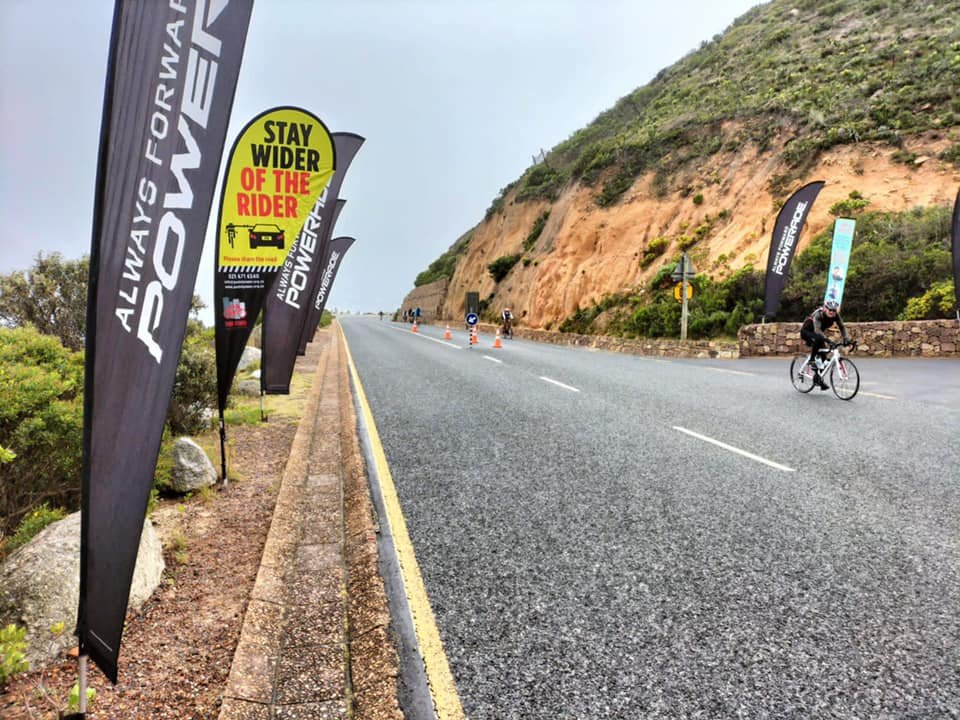 Posted at 9:09 AM in Pedal Power, Safe Cycling by PedalPower

As much as motorists need to be more cyclist-aware, obey road rules and drive safely, the same holds true for cyclists being responsible and considerate towards motorists. According to Neil Robinson, CEO of the Pedal Power Association, one of South Africa’s largest cycling organisations all road users need to share the road responsibly to make it safer.

October is transport month and the focus for this year is to move South Africa forward together. In line with this, the PPA has collaborated with various key role players, to focus on the safety of cyclists on our roads. We are co- hosting awareness rides in Mamelodi and Ga-Rankuwa highlighting the vulnerability of cyclists whilst addressing the importance of cyclists being visible on the roads,” says Robinson. “We are also engaging with a local bus service, Golden Arrow, here in Cape Town, where we speak to hundreds of bus drivers about the safety of cyclists on the roads. Sticker handouts to motorists and reflective bib handouts to commuting cyclists will continue during the month. We thank our generous sponsors Toyota and The Road Accident Fund for providing the funds we need to promote safety on the roads, “Robinson says.

The PPA advocates the safety of cyclists on all levels, including government, as we continuously expand our bike mobility and safety projects at school level and within communities throughout South Africa. “We thank all motorists and cyclists who obey the rules of the road and practise sharing our roads on a daily basis,” Robinson concludes.

Here are our top tips to help cyclists and drivers avoid conflict on our roads.

Let’s share the road: Courtesy comes free and leaves both parties feeling better. Acknowledge each other on the road and thank courteous behaviour. As a driver you may think the road belongs to you but that is not true. Everyone has the right to public roads, and, by law, a bicycle is a vehicle so please treat it like one.

What if you were a cyclist or a driver? Thinking like the other person will help to share the road safely.

Realise cyclists are vulnerable: You’re driving a vehicle hugely heavier and more powerful than theirs. In any impact, cyclists will be the losers.

Cyclists wear bright clothing:  Make it easy for drivers to see you – wear bright colours and have reflectors on your bicycle.

Signal your intentions: Cyclists and motorists should clearly and timeously indicate their intentions. This is especially so when turning.

Appreciate that cyclists are helping you: Counter-intuitive to what you may believe, cyclists reduce congestion on the roads by not driving cars. They’re cutting the time you spend in traffic jams as they’re taking up so much less space.

Avoid ‘dooring’ cyclists: Dooring means to open your door into the path of a cyclist riding past. Don’t open any doors without checking there aren’t any cyclists coming up behind you. You could easily sweep them clean off their bikes and it won’t be pretty. Think about the width of your door when it’s open; you easily have a 1-1.5m mobile barrier swinging into the road each time you get in or out of the car. It can also be fatal and happens more often than you’d expect.

Be aware and be patient: 84% of cyclist casualties in recent years were caused by careless inattention mainly on the part of drivers. Whilst cyclists should ride responsibly, they are far more vulnerable, and a lapse of attention could result in a charge of culpable homicide.

Pay attention and always be on the lookout for cyclists, especially when turning or reversing. Use your mirrors because cyclists may overtake slow-moving traffic on either side. They may sometimes need to change direction suddenly, so just be aware of this and observe any indications they give such as looking over their shoulder. Don’t tempt them into taking risks or endanger them.

Allow plenty of space: When overtaking a cyclist, you’re required to give them as much room as you would a car. They may need to swerve to avoid hazards. Always anticipate that there may be a pothole, an oily or wet patch, glass, or some other obstruction in the cyclist’s path that you can’t see.

Don’t drive too closely behind a cyclist because you may not be able to stop in time if they come off their bike or do something abruptly. Unless you have an entire clear, empty lane in which to pass, slow down and wait until there is room to pass. Pass them slowly! Remember “Stay wider of the Rider”

Drive slowly in restricted or low visibility conditions: On rural roads or those with limited sight distance or low visibility remember that a cyclist could be around the next corner. It could also be an elderly person, a child, an animal, or a tractor turning into a field. Reducing your speed reduces the risk of something happening. You can’t see ahead on hills and in curves, so slow down when you’re not sure what’s on the other side. Make sure you can stop the car in half the distance you can see to be clear. At night, the need to do so is even higher.

Cyclists have a right to claim the lane: Cyclists have as much right as you do to take up the entire lane. You may think they’re being utterly selfish by doing so, but in fact they’re preventing having an accident. They really aren’t trying to slow you down it’s just the safest way for them to cycle, particularly if there’s a blind bend, a narrowing of the road, a high-risk junction, pinch point, or traffic lights ahead. Additionally, if there’s a narrowing of the road, they’re stopping you squeezing through far too cosily beside them. Cyclists should never cycle in the gutter because it gives no room for avoiding obstacles and leaves them no room to fall if an accident occurs, meaning they could go straight under your wheels – which isn’t terribly good for either party.