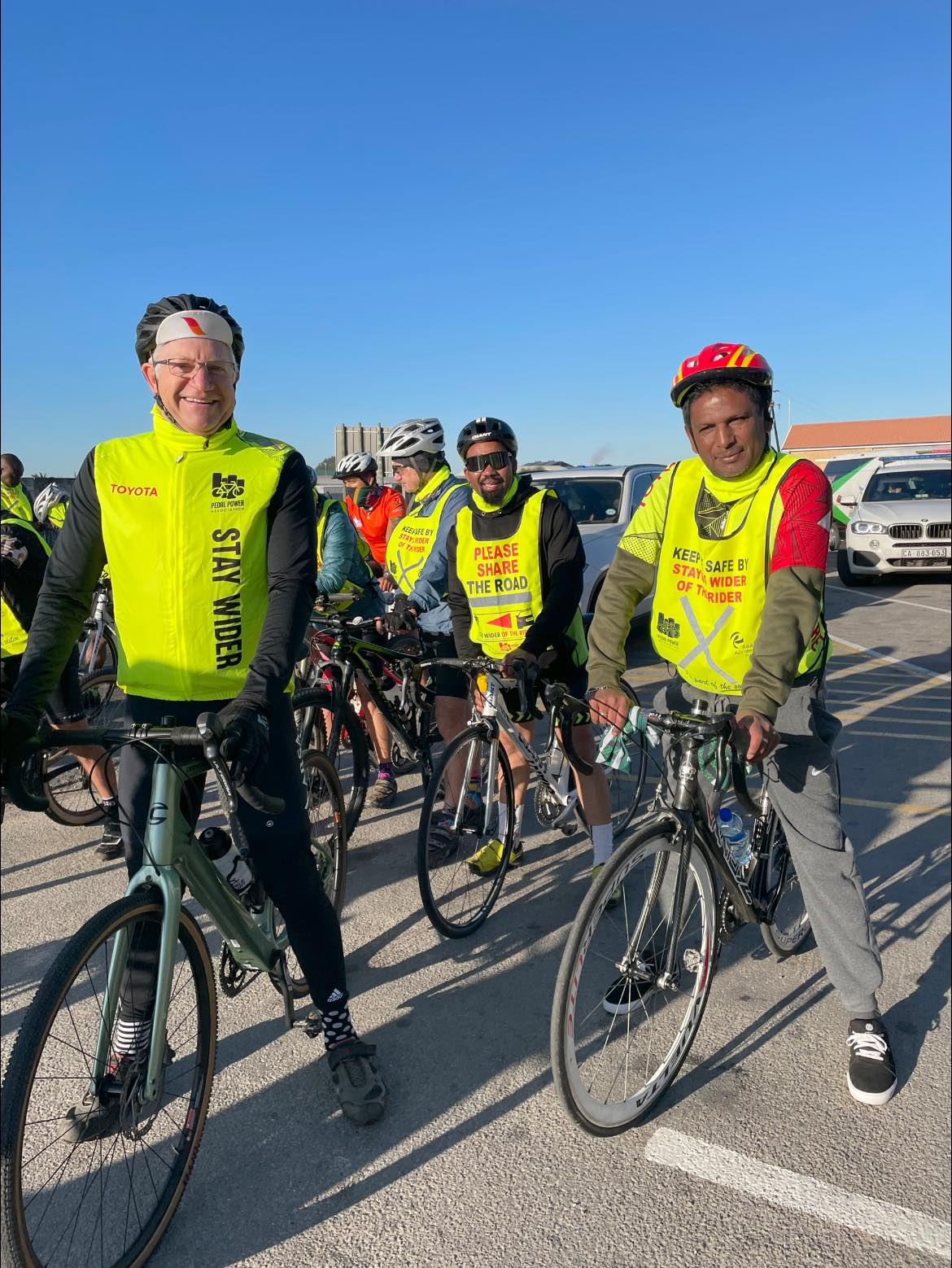 Posted at 4:15 PM in Pedal Power, Safe Cycling by PedalPower

The Pedal Power Association will celebrate World Bicycle Day in Velddrif, where we are hosting a safe cycling awareness ride to share the uniqueness, versatility and longevity of the bicycle as a simple, sustainable, economical and reliable mode of transportation and a means of staying healthy. We will be joined by the Western Cape Premier, Alan Winde, as well as the mayor of the Bergriver Municipality, Ray Van Rooy. Feel free to join us for the awareness ride which starts at 8h00 from the Noordhoek Public Library in Velddrif. It is a short 12 km ride followed by coffee afterwards at the Riviera Hotel. Everyone is welcome to join.

With so many road users jostling for space on the road, the Pedal Power Association’s Stay Wider of the Rider safe cycling campaign has become instrumental in creating national awareness to share the roads throughout South Africa. Busier roads mean more potential for danger and conflict amongst motorists and cyclists.” There has to be mutual respect on the road towards each other and both motorists and cyclists have to adhere to all rules of the road at all times,” explains Neil Robinson, CEO of the Pedal Power Association.

“It is our mission to raise awareness of cycling’s role as a key and sustainable mode of transport and to make it safe for everyone to cycle,” explains Robinson. Cycling is one of the most affordable means of transport and great for exercising. It is becoming more and more popular as a means of transport due to the ever-increasing fuel price in South Africa. Emphasising that ‘cycling is part of the solution’ as a mode of transport in South Africa, the campaign aims to remind drivers and cyclists to take preventative steps to avoid crashes on our roads. “The road is a shared space where all road users have rights and responsibilities,” Robinson explains.

Let’s be reminded that vehicles are heavy pieces of machinery, therefore cyclists (and pedestrians) are extremely vulnerable on our roads. Motorists can possibly avoid crashes with cyclists, by following some simple and logical (but very important guidelines) – we always believe that prevention is better than cure. :

“The PPA is extremely concerned about the high percentage of hit and run crashes caused by intoxicated drivers on the roads in the early hours of the morning, so we appeal to cyclists to be vigilant, especially when out cycling early mornings and even more so when approaching areas which have been identified as crash hot spots throughout South Africa,” says Robinson.

Cyclists also have a responsibility to safeguard themselves on the road and at all times to follow the rules of the road. The following are some obvious but nevertheless important safe cycling tips:

“Cyclists, be sure to keep yourself safe on our roads, be the best cyclist you can possibly be; every time you head out, you’re an ambassador for all cyclists on the road. The same goes for motorists. Remember to give a cyclist a wide berth of at least 1 metre when passing. If in doubt, don’t pass the cyclist and wait for an opportunity to pass safely. Remember space, mutual respect, courteous behaviour and time save lives, “ Robinson concludes.