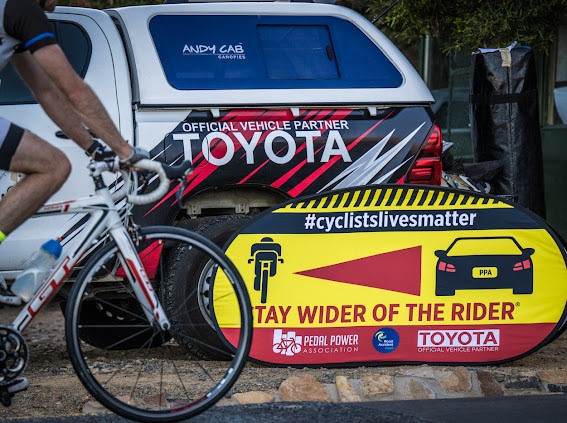 Posted at 3:17 PM in Pedal Power, Safe Cycling by PedalPower

With the festive season fast approaching, the attacks on cyclists have unfortunately been on the increase. The Pedal Power Association, one of South Africa’s largest cycling organisations with a national footprint, condemns every single attack on cyclists in South Africa. The violence of these attacks is extremely worrying. “We are continuously meeting with local and national government stakeholders to find solutions for the attacks cyclists are faced with,” explains the CEO of the PPA, Neil Robinson. “The violent attacks on cyclists needs to stop and we are making the right noises in the right places to find solutions to the problem,” says Robinson. “We encourage cyclists not to cycle alone, not even in areas close to home. The SAPS are trying their best to patrol the areas of concern whenever they can, but criminals do not always attack in the same spot, they move around,” says Robinson.

Robinson explains that the PPA is paying attention to every incident and is actively working behind the scenes to assist in helping resolve these criminal activities. “I know this might seem hollow given the violence and trauma of these incidents, but we are making progress,” he explains.

The PPA urges cyclists to be more alert than ever during the festive season.

“What is happening in South Africa presently, is unacceptable to the PPA.  It’s why we have put our safety program front and centre of our business and we hope in the long term we can make a positive dent in some of these horrendous road incidents and accident statistics.  After all, behind each statistic is a human being with a family.,” Robinson concluded.