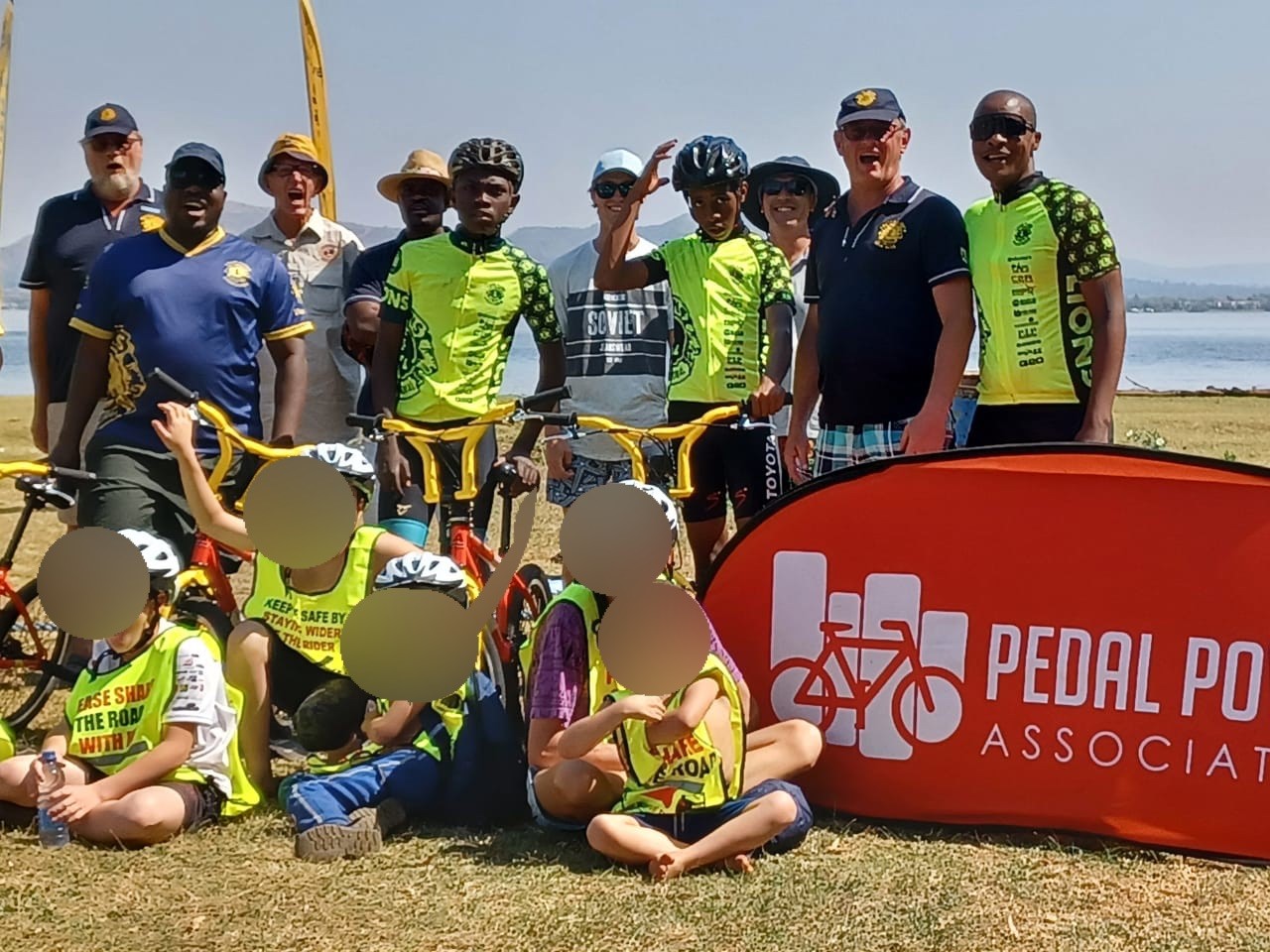 Posted at 3:26 PM in Pedal Power, Safe Cycling by PedalPower

Celebrating Heritage Day on Saturday 24 September, the Pedal Power Association collaborated with Lions Pretoria South, who hosted a Cycling Fun Day for the residents of ‘In His Honour Foundation’ at Hartbeespoort in the North West of South Africa. The home cares for children who have been removed from their homes mainly due to social pressures, child abuse and molestation.

A 3.6 km mountain bike track was built the prior week with the wonderful team of Shaun Oosthuizen from Trailwolf. Club members and helpers headed out onto the track to ensure all garbage and foreign objects were removed from the trail to ensure rider safety and environmental cleanliness. Directional signs were also installed.

Friend of the Club, Thabiso Nakin, presented a Bike Safety course to the kids before ten BMX Bike4All bicycles, helmets, safety booklets and Stay Wider of the Rider goodies sponsored by the Pedal Power Association were handed over. The kids were super-excited and couldn’t wait to get their hands on the bikes.

A boy from the home, Wyatt, was presented with a Bicycle Mechanic Tool Kit as he will be maintaining the bicycles and mountain bike track. A Wendy house was also donated which will be used as the bicycle workshop where Wyatt will work from after receiving training from Lions Pretoria South club members.

Races were held on the new track after which the kids were given the opportunity to have loads of fun on the waterslides and jumping castles provided for them. Many continued to do more and more laps on their new MTB track until the sun set. The PPA is incredibly proud of our partnership with Lions Pretoria South, their dedication to cycling and their community is just incredible. In true Lions Pretoria South style, these kids have now been given the opportunity to be exposed to the pleasure of cycling in a safe environment.