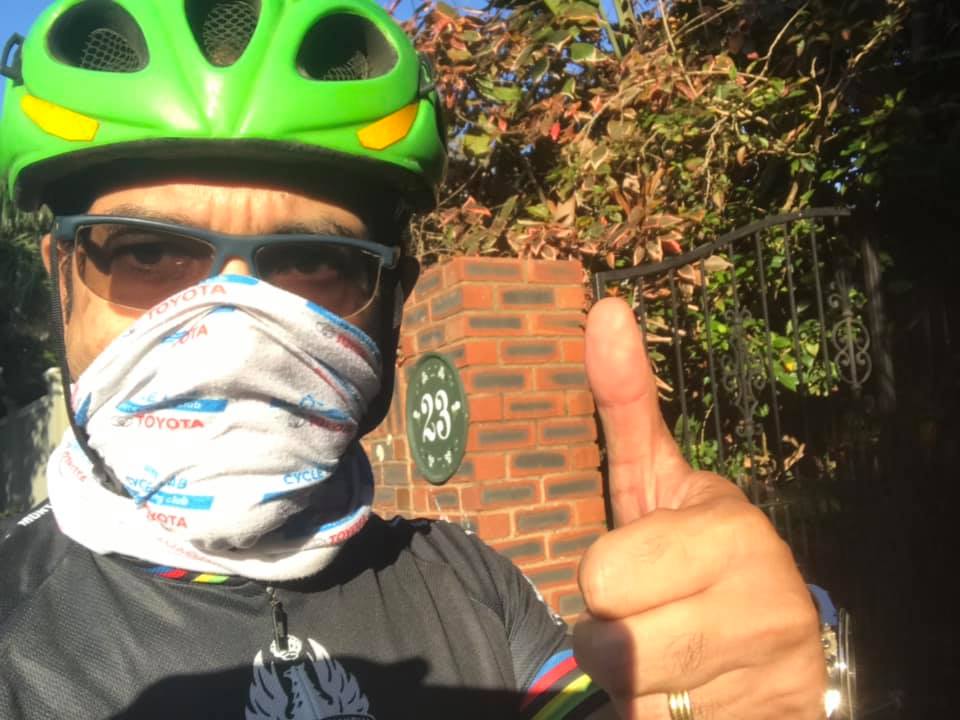 The Pedal Power Association, one of South Africa’s largest cycling organisations, together with the Cape Town Cycle Tour, have noticed a worrying trend that a large number of cyclists are not adhering to the mandatory use of a face mask/buff when out on the roads during the daily outdoor exercise window from 06h00 to 09h00.

“Despite the well-advertised government regulation that compels all South Africans to wear a mask under stage four lockdown there is a clear lack of discipline amongst cyclists and other people out exercising. The COVID-19 regulations are clear and require everybody to wear a mask when leaving your home  – or face a fine for being in contravention”,  says Chairman of the PPA, Rens Rezelman.

According to Andrew Baxter, CEO of the Cape Town Cycle Tour Cape Town’s premier cycling event that attracts as many as 40,000 recreational cyclists, there are many reports of numerous riders  either not wearing masks or not adhering to their correct use. “By disregarding the health and well-being of others, and themselves, cyclists run the risk not only of accelerating transmission but also of being labeled as irresponsible and disrespectful. Also only covering your mouth and not your nose is as bad as not wearing a mask at all” said Baxter.

A Belgian aerodynamic study has shown that exhaled droplets  remain suspended behind in a cyclist’s slipstream and it is therefore vital for everyone to wear a mask. “It’s well established  that masks and buffs significantly reduce the potential for wider transmission of respiratory droplets, particularly during vigorous exercise requiring deep exhalation”, said Baxter, adding that masks have a dual function expressed through the slogan “ I protect you, you protect me”.

“The fact that this virus spreads easily between people, even before they know they have it, is part of the reason it has become so hard to control. Hence, the reason for making masks  compulsory when outside of your home to prevent passing the virus along,” Rezelman explained.

“We all are enjoying the bit of freedom to go out and ride for a couple of hours every morning and it will be incredibly selfish if this privilege is withdrawn due to cyclists not adhering to wearing a mask when out riding or travelling outside of the 5km radius from their home.  Let us not be part of the problem but part of the solution and ensure that we can keep riding by adhering to the COVID -19 government regulations,” Rezelman concluded.