Justice for all needs to prevail says PPA 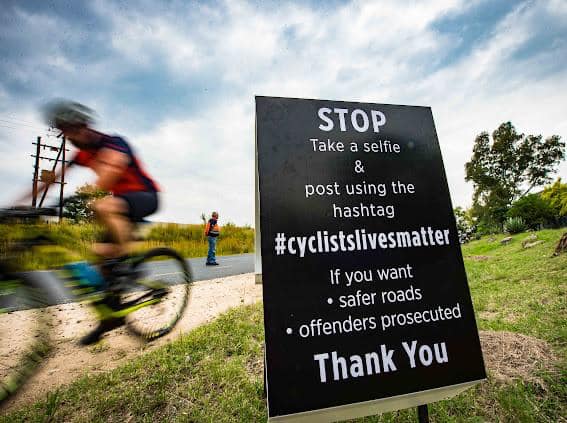 Posted at 9:57 AM in Pedal Power, Safe Cycling by PedalPower

A national Pedal Power Association safe cycling initiative, #CyclistsLivesMatter, which was recently launched in the Cradle of Humankind, saw the cycling fraternity throughout South Africa come together to appeal to all road users to uphold the law and for those who don’t, for the law to take its course and have zero tolerance.

The campaign, which was launched, in honour of André Piehl and all the cyclists who lost their lives so tragically on the roads, was attended by dignitaries, role players, family members, friends as well as members of the media.

PPA CEO Neil Robinson, said that the #CyclistsLivesMatter campaign, will focus on the lack of prosecution of offenders responsible for fatal and serious crashes and attacks on cyclists on South African roads. He furthermore stated that the death of one cyclist is one too many. Cycle Lab co-owner Andrew McLean said that he wanted justice to be served, in all cases.

An emotional Sharon Piehl, wife of the late André, described her late husband as a giant of a man not only in stature but in who he was as a person. Sharon described her husband’s death as senseless and tragic leaving the family shattered. Her message to drivers was that there have been too many deaths of cyclists and that these deaths were more than just names. Every cyclist who has died on the road, has left behind grieving family and friends. She added that most of the families do not have the means to shout out for change and fight for justice of their loved ones.

Fellow cyclist Jean Du Preez, who was seriously injured in the same crash, said he believed it was a miracle that he is still alive. Jean and André were cycling on the R512 on the 29th of January when they were hit by the driver of a Porsche SUV. Du Preez woke up ten days later to the devastating news that André passed away.

Megan Harrington- Johnson who represents the Piehl and Du Preez families, thanked everyone who assisted to gather the necessary evidence to enable the suspect in the matter to be brought before court.

“#CyclistsLivesMatter is really a campaign that says there must be consequences, you cannot just kill a cyclist and cause havoc in these families lives without consequences. We want to see justice served not just in this case but all cases going forward,” Robinson concluded.