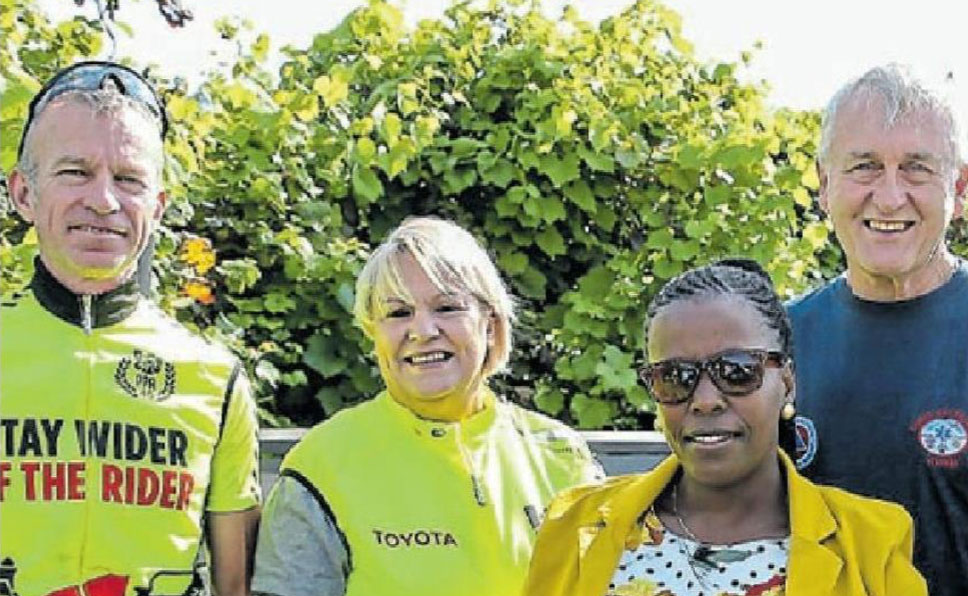 Posted at 9:10 AM in News by PedalPower

In an effort to raise awareness of the safety of cyclists among other road users and with the Nelson Mandela Bay munici pality, cyclists arrived by the hundreds to participate in a mass ride on Saturday which culminated in the handing over of a memorandum of concerns and recommendations.

About 300 cyclists gathered at the Grass Roof restaurant in Seaview from 7am to cycle along Seaview Road and back again to the restaurant, where metro safety and security polit ical head Queenie Pink re ceived the formal memoran dum from the Pedal Power As sociation PPA .

PPA safe cycling campaign manager Liz Heydra said she was happy with the turnout at the event, which the association had been hosting for the past five years in Port Elizabeth. “It is great to see how the campaign has grown with huge support and a welcome outcome,” Heydra said.

The memorandum outlines concerns about the growing in tolerance between motorists and cyclists.

Recommendations include an increase in visible policing and zero tolerance to those who transgress the laws of the road.

PPA chair Rens Rezelman said the objective of the cam paign was to bring awareness to motorists and cyclists alike to modify their behaviour and obey the rules of the road.

Rezelman said other issues threatening the safety of cy clists in and around the city in cluded assault and theft.

“Cyclists are taxpayers, con tributing members of the community and family members. “So each serious injury or death is an unnecessary one, which we believe can be avoided,” Rezelman said.

Receiving the memorandum on behalf of the city, Pink said the concerns and recommendations presented were relevant and would be considered by the affected departments, including roads and transport.

“We will work together to deliver what is requested with in the ambit of the law,” Pink said.

Saluting those who took part in the awareness cycle, Pink said it was encouraging to see so many people at the event “We want to see, as a city, an integrated community” Pink said.

Local cyclist and club mem ber Leon Claasen, who has been working closely with the PPA over the years, said he was delighted to see the growth of the awareness cycle.

“I am happy to see the number of people taking part as it was difficult to get every one here with all the other events taking place around the city [this weekend],” Claasen said.

He said though some cyclists were guilty of transgress ing road rules, he warned that motorists needed to be more cautious and courteous to other types of road users. “We are trying to get the in formation out there for every one’s safety” Claasen said.