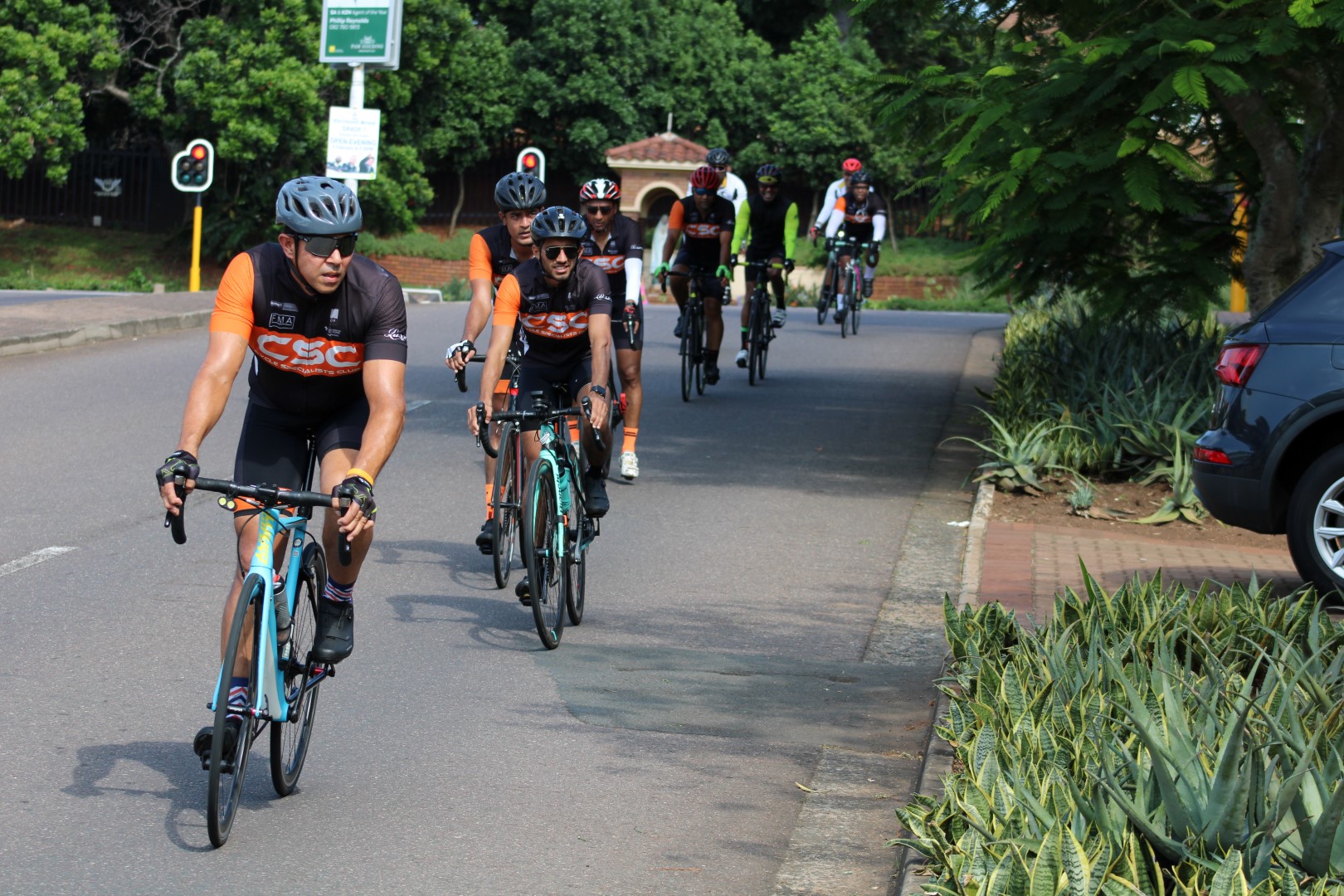 Posted at 08:36h in News by PedalPower

Local resident and club member, Aroon Patel, said the mass ride was a time for reflection.

RIDERS from the Cycle Specialists Cycling Club held a memorial ride recently to pay tribute to cyclist and club member, Craig Diedericks, who was killed near the eMdloti off-ramp in January last year.

The 52-year-old was fatally injured after a minibus taxi crashed into a group of cyclists from the club while on a morning training ride. The Redhill resident later died in hospital from the severity of his injuries, while two other cyclists suffered minor injuries.

Local resident and club member, Aroon Patel, said the mass ride was a time for reflection.

“As we approached the site where the crash took place it was a stark reminder of the pain and suffering our club and his family have endured since the accident. There was a very somber atmosphere because there were riders who were with Craig on the day of the crash and it just brought back a flood of emotions. We held a small prayer and laid a wreath on the cross his family put up. Our club chairman also gave a short speech and we also shared our condolences and heartfelt sorrow for his family who are the forefront of our minds,” Patel explained.

While the taxi driver allegedly responsible for Diedericks’ death, was arrested following the fatal accident, charges of culpable homicide were withdrawn in April last year due to an incomplete investigation.

Patel said there has been no indication from the SAPS on whether the charges will be reinstated or when the case would be added to the court roll.

“The Pedal Power Association (PPA) are trying to put pressure on the authorities to investigate the case properly and to get it back on the court roll. At this stage, we’ve had no indication from the SAPS on when the charges will be reinstated or if they will be,” he said.