A Promise to André 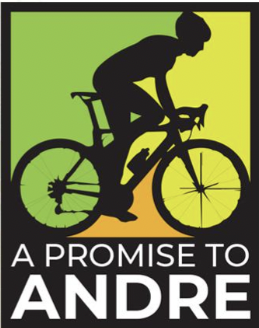 Posted at 2:28 PM in Pedal Power, Safe Cycling by PedalPower

The Pedal Power Association is proud to announce our safe cycling partnership with the ‘A Promise to André’ campaign initiated by Carte Blanche presenter MacFarlane Moleli and his team Lloyd Marlowe and Gugulethu Masina from Fitsnessand. MacFarlane is taking on the Ironman Championships in 2023, as a promise he made to his friend André Piehl, who tragically died when he was hit by an alleged intoxicated driver in January this year.

Download the App to follow his journey https://b-active.beepdsmart.com/card/a-promise-to-andre . The PPA launched the #CyclistsLivesMatter campaign at a media conference in March this year, after the crash. The campaign focuses on the lack of prosecution of offenders that are responsible for fatal and serious cycling crashes in South Africa. We have during the past few years seen an increasing trend of lawlessness amongst road users, which threatens the safety of cyclists across the country. The PPA is the voice of cyclists throughout South Africa, and we have a responsibility to keep them safe on the road. Safety tips and other related information will be published on the App. We need to continually take the message to share the roads safely with cyclists to motorists in all communities, whilst providing cyclists in low-income communities with highly visible clothing.